General Observer for UP Elections in Ballia 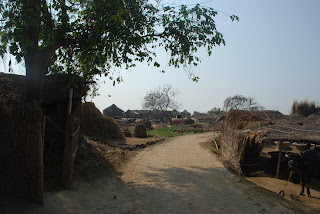 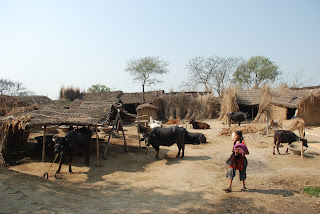 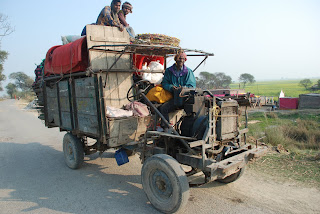 I am in Ballia District (Phephna Constituency) as General observer for the UP elections. This is one rare opportunity to see the different parts of India in detail. Ballia is the eastern district of UP, bordering Bihar. I have to go to a booth in a place called "Kulrhia Khas' (in the picture) through the town of Buxar in Bihar. Buxar is known for the Battle of Buxar, where the British under Major Hecter Munro on 23dr October 1764 defeated Shuja-ud-Dawla, Nawab of Wazir of Audh and won the Diwani of Bengal (Including Bangladesh), Bihar and Orissa. This was one of the three battles which laid foundation for British Rule in India.
Most of the people here are living in abject poverty. There is no major industry nor opportunities for employment. A driver gets around Rs.3000/-, my driver say. The great socialist leader Jayaprakash Narayan was born in this district. There is a memorial for him in Bariya. The late Prime Minister of India, Shri.Chandrasekhar was also born here and represented this constituency.
I was always amused by this Indian village innovation -Jugad, which is a make shift transport vehicle. A Diesel engine (water pump) on a disused chassis of the Jeep, with its gear box and steering taken from the scrap yard, makes this vehicle . No registeration, no road tax. It plies in villages and it is said that they dismantle the engine and use for irrigation, if their stay in the agricultural field exceeds weeks. It is as good as any bullock cart.
The polling percentage is very less when compared with the southern states. My Constituency phephana is fortunate - it registered 51 % poll in last elections. Neighbouring Rasra had the lowest with 28 %. This time every one hopes that poll percentage will be higher.
Posted by Biju Prabhakar IAS at 1:21 AM