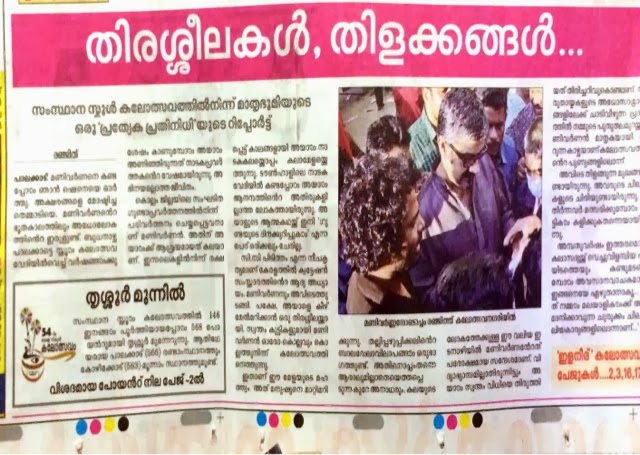 Often every one from the teachers to the society criticizes the Govt decision to allow more private schools in the unaided sector and this is attributed as one of the main reasons for the  down fall of the Govt and aided schools. The reduction in population growth rate is also attributed as another reason. These two alone can be treated as the main reason. I have a different theory regarding schools becoming uneconomic. Thiruvananthapuram city has - Cotton Hill and 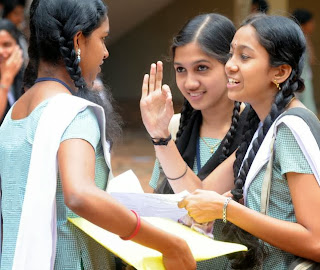 Manacaud - both govt girls Higher Secondary schools - schools faring really well. Cotton Hill has more than 6000 students and Manacaud has around 3000. At the same time there are 30 schools in the city, which are having less than or around 100 students on the verge of closure. The Jagathy High School, just a km away from Cotton hill, only 58 students.


The parents of the students who are sending children to the the Cotton Hill or Manacaud Govt girls high schools cannot afford to send their children to an unaided school because of the fees there. If they can afford or even interested in doing that, they would have done that. Most of them are so  poor and they continue to send their children to govt or aided schools, since education is free. But having left with this as the only option, and since they want their children to get better education, they sent them to Cotton Hill or Mancaud , which has better standards than the other 30 schools in the city. When all the students in a particular catchment area move towards one or two schools, it is natural that other schools will have only lesser students and become uneconomic. In such uneconomic schools , there are only those students, whose parents do not want to take pains to send them to the two  prestigious govt schools--- may be because, they cannot travel longer distance or they may be least bothered or even illiterate or socially backward enough to bother or may be due to other reasons , which we will have to study.

The Cotton Hill or Manacuad has a PTR of 1 :45 where as Attakulangara has 15 teachers and 64 students -- PTR 1:4. If the excess teachers from Attakulangara and other city schools are brought to Cotton Hill, then the PTR of that school could be reduced to say 1:40 or 1:30 - and we could provide better care and education at Cotton Hill .


This could be easily achieved through grouping of schools under a Hub-and- spoke arrangement. We  need to have feeder schools for Cotton Hill and Manacuad - My suggestion is to have Pre-primary section exclusively in one school (it may some times be a High school or UP school but converted as pre-primary school),  LP in another nearby and UP in another near by school. Cotton hill will have only HS and HSS and it along with Manacaud will absorb all the girl students going to HS and HSS classes from Trivandrum City- thus  a Hub and Spoke arrangement can be established. The Hub school will manage the spoke schools also, through an academic council , consisting of HMs and also PTA + Local LSG representatives of all the hub & spoke schools  . The result will be that four schools will benefit from the good management practices of Cotton Hill school. Only in remote places, schools from - 2 to +2 will have to be set up - all under one roof. In short, what the education department is trying is to raise the standards of education in all the schools using the best management practices of well run schools.


One disadvantage of this proposal is that a student from Karamana or Peroorkada will have to travel to Cotton Hill, which can be addressed by sending more buses of Cotton hill to that area (which they already do) , and travel can be made free or subsidized with the financial assistance of Local self Governments. The department  is also thinking  of a fleet of school buses from a common pool will pick and drop students for the group of schools. This could be implemented easily if the parent teachers associations as well as local self governments also contribute towards the expenses.

Posted by Biju Prabhakar IAS at 5:16 AM 8 comments: